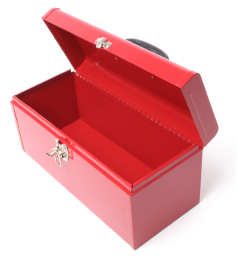 If you want to get the crazy footage the pros get, then you’re going to need to start gathering a collection of tools and parts that you can whip out at moment’s notice.

Any GoPro fanatic knows that after time you start to accumulate a pile of mounts, nuts, bolts and half finished projects. Do yourself a favor and grab a cheap toolbox and start building a film kit.

Here’s what we’ve got in our GoPro toolbox:

The GoPro tripod adapter is kind of the mother of DIY GoPro invention. It opens up so many opportunities for being creative. Anything you can stick a 1/4″ bolt in suddenly becomes another GoPro mount! Any self respecting GoPro DIYer will have at least couple of these stashed in their toolbox.

Nearly every project we have on this site requires a drill and a set of drill bits. Why? Because so many DIY GoPro projects involve using the tripod adapter (see item #1). Do yourself a favor and invest in a good drill. You won’t be sorry. GoPro projects won’t be the only thing you use it for. We use a nice corded drill like this DEWALT 10-amp model because battery operated drills often don’t cut the mustard when it comes to power and battery life.

We love pipe as much as Mario and Luigi over here at DIYGoPro. From snorricams to swivel helmet mounts, PVC is cheap and versatile enough to get a ton of jobs done. Just buy a few 5 foot lengths of either 1/2″ or 3/4″ next time you’re at the hardware store. It won’t go to waste.

Along with the GoPro tripod adapter, you’ll need a variety 1/4″ nuts and bolts to help you fasten your GoPro to whatever your heart desires.

Grab a bunch of these at the hardware store too. They’re great for quickly attaching the GoPro via tripod mount without any pesky wrenches. Speaking of which..

Have a small set and an adjustable ready when you need it. Enough said. 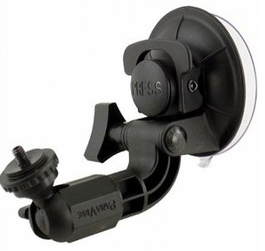 Although with love anything DIY, sometimes it just doesn’t make sense to DIY. Most of the DIY suction cup mounts out there are just as expensive to build as buying one and don’t offer nearly as much flexibility. Until we find a better DIY option, we’ll stick to our Ebay special for $15.

You’ll need it. Trust us.

Nearly the king of versatility. To not make a couple of DIY clamp mounts is just plain dumb. Perfect for slapping a GoPro to almost anything to get a nice steady impromptu angle.

The poor man’s steady cam. A good DIY pole mount is essential for grabbing nice selfies while doing whatever you do that is cool. Here’s a tip, when you’re using it to film stuff other than yourself, hang the camera downward as opposed to positioning it on top of the pole. You’ll get smoother footage. 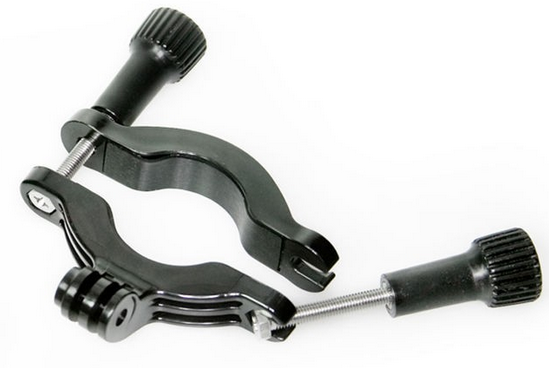 Here’s another one when it just makes sense to buy it. For $17.79 from B&H, this one is worth the purchase for it’s quality, versatility and light weight compared to a DIY solution. We like the rollbar mount versus the smaller handlebar mount because its larger diameter clamp adjusts to more stuff.

A mic adapter is crucial if you want to pick up any kind of decent sound. Sound is such a huge part of quality video production. Don’t overlook it. Grab a mic adapter and some kind of external mic. We’ve found the best price at B&H for $18.49. 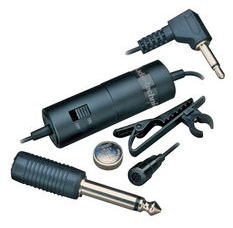 A corded lavalier mic is your cheapest option for pick up good audio. We’ve found the cheapest/best option to be the Audio-Technica ATR3350 Lavalier Microphone from B&H for $17.17. Works great and is easy on the wallet. You should also have some fresh batteries on hand because your audio quality will be shot when you start running low.

Timelapses are awesome. You know what makes them more awesome? Having your camera move during the recording. A DIY GoPro timelapse mount costs a few bucks to make and takes your timelapses to another level.

If you’ve used a GoPro for long, you know the battery life is not the best.  And for long timelapses in particular, extra battery power is pretty crucial. Although it’s a bit expensive, we like the GoPro Battery BacPac since it comes with a larger waterproof door for your GoPro. One of the cheapest places we’ve seen is at B&H.

Nothing worse that running out of memory during an epic GoPro shoot. We try to have at least one extra memory card on hand. NewEgg.com has class 10 cards for cheap. 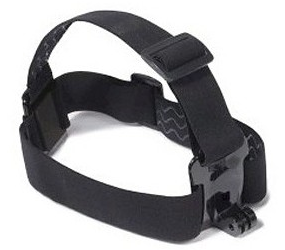 For 10 bucks on Ebay, you can’t go wrong picking one up and stashing it in your kit. Pretty much unbeatable for the price for getting first person footage of your next adventure. You can also use the mount on it to make a DIY GoPro backpack strap mount.

Chest mounts offer a slightly difference perspective than the head mount which allows you to capture what your arms are up to during filming. GoPro’s “Chesty” is notoriously expensive, so we like this DIY Chest mount we posted.

Although it’s not usually necessary, we like to put a finishing touch on our projects with a coat of paint. It just looks a little less crazy running around with a black painted rig compared to a horsey pile of white PVC pipes. If you’ve never used Plasti-dip, you should check it out. We use it all the time to add a nice rubbery grip to our projects.

For the same reason we carry an extra battery, we always like to have USB chargers handy. You can get them pretty cheap from Ebay either in car charger form or wall charger form.

Having a steadicam is the really the difference between pro footage and amateur. We’ve got a couple tutorials on how to build one yourself.

A smudge on your lens is just not cool. Prevent being stuck in the middle of nowhere with a cloudy lens with a lens pen, which is a safe way to clean off lens smudges.

What do you have in your in your GoPro Toolbox that we don’t? Tweet to tell us now. We send stickers out to people with the best answers!