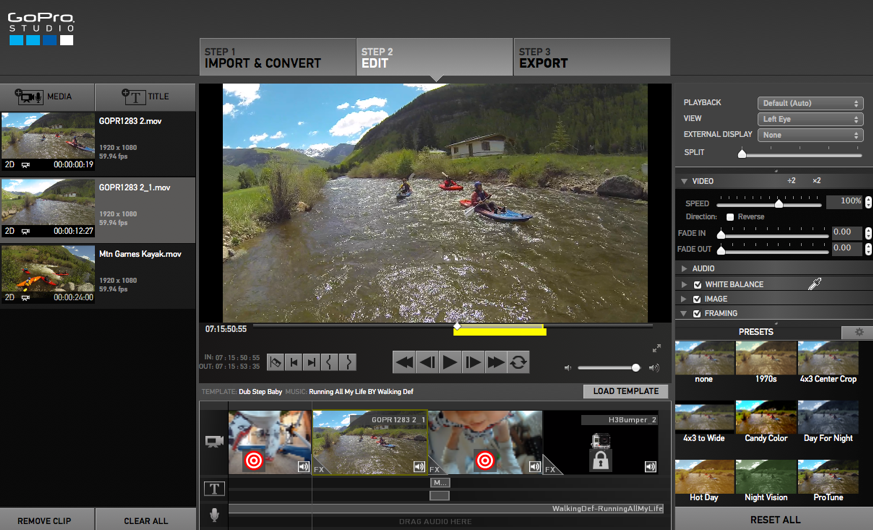 Are You Creating Boring GoPro Videos?

Our brains act quick when it comes to recognizing visuals. Scientists and neurologists have proven that we don’t just retain visual info quickly, we retain it fairly well too. The point is that looking at something for a longer period of time doesn’t really help your brain take in any additional information. Your brain gets, well, bored.

This applies perfectly to GoPro videos.

When you watch great GoPro videos and edits you don’t often see shots that last more than 10 seconds. Have you ever tried out one of the templates in GoPro studio? Out of all the templates, you can probably count the number of cuts that are more than 10 seconds on one hand. Short shots are what make good videos. Our brains are hardwired to be satisfied that way.

Shorter shots give your GoPro video more impact. During your next trip to the skate park, instead of turning on the camera and leaving it running, try this: A shot of the crowd of spectators watching, and CUT. Your buddy entering the pool, and CUT. Your other buddy lacing up his skates, and CUT. A quick shot of him hitting sick rail, and CUT. Continue for 20 more shots.

When you edit all the shots, a nice GoPro edit will come together a lot easier. All those short shots you compiled will tell a rich story of the scene because the brain only needs a few seconds of each cut to paint a picture. Think of it like this, if you have to make a one minute video, what do you think will be more satisfying to watch—a single 60-second scene or a 60-second edit with 10 cuts?